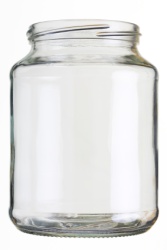 This is a classic story which unfortunately mentions time management. But time management is a misnomer since time can not be managed. We can only manage ourselves, our attention and our priorities.

One day, an old professor of the School of Public Management in France, was invited to lecture on the topic of “Efficient Time Management” in front of a group of 15 executive managers representing the largest, most successful companies in America. The lecture was one in a series of five lectures conducted in one day, and the old professor was given one hour to lecture.

Standing in front of this group of elite managers—who were willing to write down every word that would come out of the famous professor’s mouth—the professor slowly met eyes with each manager, one by one, and finally said, ‘we are going to conduct an experiment’.

The professor paused for a moment, and replied, ‘Really?’ Then once again, he reached under the table and pulled out a bag full of pebbles. Carefully, the professor poured the pebbles in and slightly rattled the jar, allowing the pebbles to slip through the larger stones, until they settled at the bottom. Again, the professor lifted his gaze to his audience and asked, ‘is the jar full?’

At this point, the managers began to understand his intentions. One replied, ‘apparently not!’

‘Correct’, replied the old professor, now pulling out a bag of sand from under the table. Cautiously, the professor poured the sand into the jar. The sand filled up the spaces between the stones and the pebbles. Yet again, the professor asked, ‘is the jar full?’ Without hesitation, the entire group of students replied in unison, ‘No!’

‘Correct’, replied the professor. And as was expected by the students, the professor reached for the pitcher of water that was on the table, and poured water in the jar until it was absolutely full. The professor now lifted his gaze once again and asked, ‘What great truth can we surmise from this experiment?’

With his thoughts on the lecture topic, one manager quickly replied, ‘We learn that as full as our schedules may appear, if we only increase our effort, it is always possible to add more meetings and tasks.’ ‘No’, replied the professor.

‘The great truth that we can conclude from this experiment is: If we don’t put all the larger stones in the jar first, we will never be able to fit all of them later.’

In other words – make room for what is most important first, those are your stones. Other things can then be fitted around the stones.

1 thought on “The jar of life – stones, pebbles and sand”